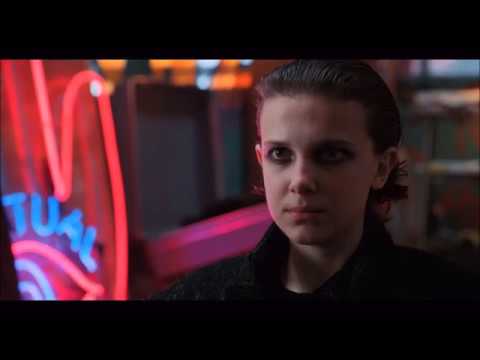 Why we should talk about and start changing the unit names of Bitcoin. Satoshis, bitcoins, bits, uBTC, mBTC (milli-bits?), etc. people would rather buy 10,000.00 something than 0.001 thing

People have tendencies, is one of them that they like big numbers over small ones?
It might be more rewarding to see large numbers and comma help with errors.
Plus who wants to recieve 0.00928 btc when they would be getting 9.28 millibits
so let's discuss the names of bitcoin unit demonimations (does a satoshi have a symbol? I like this one at the endthat looks like a chain )!
There is a great post in another reddit on this subject but I dare not link t it.
What if we do all the SI term but give them other names?
1.0 btc = bitcoin 0.1 decabtc = ? 0.01 centabtc = credit 0.001 millibtc = ? (millibit?)
What else?

Proper titles for holders of BTC and units of BTC

Fast forward 20 years in the egalitarian future we all imagine, with no more fiat, there will need to be new words coined. There will be no "Billionaires" because there are not a billion bitcoins... so here are my suggestions.

For units of measure, if you owe someone... you wouldn't say


you may instead use one of these terms.
For example in Vegas...


Guys I got cash out... I'm over 5 bitcent down tonight

And for the wealthy, you might use these terms to describe those who have amassed staggering fortunes.
As in....

Changetip now supports Bitcoin-denominated custom tip amounts (monikers). Have some credits on me!

Naming the 100-satoshi denomination (0.000001 BTC) is a great idea because that amount should fit the value of most tips - for a while at least. This can go a long way to eliminating unit bias among beginners as well. Denominating transactions this way also makes it possible to adapt existing finance software, which sometimes only recognizes two decimal places.
However, I'm not a fan of the name "bit", which has been proposed. The main reason is that "millibit" is already in use. That value is 1,000 bits, not 1/1,000 bits as would be expected. This will confuse new users. Attracting them is part of the reason for tipping in the first place.
There are a lot of proposals for what to call the 100-satoshi denomination. My favorite is "credit", which has been a unit of currency in sci-fi:
http://en.wikipedia.org/wiki/List_of_fictional_currencies
Using Bitcoin feels like living in the future, so I've decided to call 100 satoshis a "credit".
Changetip allows you to choose a custom "moniker" for tip amounts, but so far these could only be denominated in USD. Recently, an update made it possible to denominate monikers in BTC as well.
To celebrate, I'm offering between 1 and 1,337 credits to every user posting a main-thread reply containing the the phrase "hit me".
edit: grammar
edit: to be clear, "credit" is a custom moniker I added myself, so you won't be able to tip in credits (or your favorite unit) until you set up your own moniker. Here's how:
https://www.changetip.com/tip-amounts

Why wallets should have built in price conversion

We periodically see posts suggesting that "1 Bitcoin" at , , , $4000 sounds too expensive, and results in an off-putting pack of zeros after the decimal point when purchasing your kombucha.
Folks then plead for the community to finally switch to millibits or to microbits but call them "bits" for short. Arguments tediously play out again about what the best unit is, and what the best thing to call it, or whether we should switch to the tonal number system, or whether people should just get over themselves stop being irrationally uncomfortable with paying .000222 bitcoin for a cup of coffee.
After that, everyone goes back to measuring everything in 100,000,000 satoshi units. Here is a post from 4 years ago called It's bits which was submitted about 4 years ago.
And all of that ignores the fact that tomorrow the cup of coffee is likely to have a different price, measured in bitcoin. Which is a problem! Critics have rightly observed that no one would dare take out a large loan in a deflating currency, and it would be psychologically difficult to rejoice over your annual pay cut in quite the same way you enjoy getting a raise.
People think of the "unit of account" function as being central to the definition of currency, but Satoshi didn't choose that as a design goal. Instead, he gave us this fixed issuance curve and let the price chips fall where they may. It's part of what makes bitcoin more like a "base metal as scarce as gold", that is to say more like a commodity and less like a currency.
Sure, volatility has gone down in the last 8 years, but what you really want from a unit of account is no volatility at all. We would have some measurement of value that is stable over time -- let's call it the Jolly for making the point. A meal at a fast food place should probably cost 10 to 100 Jollies. A meal at a nice restaurant might be 10 to 1000 Jollies. Something like that. That's a range of quantity of value that people seem to find convenient to work with and think about, if you look around at a lot of national currencies.
We don't have the Jolly right now, and getting global consensus on a definition of one would be tough. Maybe some day.
In the mean time, what makes sense to use as a unit of account is your local good-enough fiat currency unit. Mind you, we are not going to use the filthy government money itself, just borrow the unit as a measurement of value. The unit has merit, is free to use, and has no downsides that I can see. (If your local currency is unstable, you could just use the Dollar, Euro, Yen, Yuan, Pound or whatever relatively stable currency is most popular where you are.)
It doesn't make sense to use Bitcoin as a unit of account, and nobody really does it because the people who have tried have been burned. So when you think of "1 Bitcoin" think of it more like you are saying "1 Kilogram of the commodity called bitcoin." Buy your coffee with bitcoin, measured in dollars. Take out your loan in euros, payable with Bitcoin.
But here's the thing, wallets need to support this way of thinking. They need to measure bitcoin balances and amount you are sending or requesting in regional units that the user chooses. To support that, they are going to need to know the exchange rate. Exchanges, Winkelvii and others could offer web service calls or RSS feeds of whatever, and users could choose the sources they prefer. Wallets could sanity check the sources and provide alarms when sources are too far apart, or change a lot in a short period of time. They should also print the exchange rate prominently so that the user can also check it for sanity.
TLDR: Wallets should allow the user to select a regional currency, and their balances and transactions should display measurements in that unit of account.

cBTC, mBTC and μBTC are confusing. How about thinking in satoshi? (TSat, GSat, MSat, KSat, etc.)

There's a lot of discussion about how to name fractions of bitcoins as they get smaller and smaller. I think it's clearer to think in number of satoshis.
Current fraction names from the wiki:
I think these are confusing.
How about swapping it round, and thinking in satoshi. Then everything is like hard-disk sizes, and easy to understand:
Right now: (1 BTC = 180$)
...and when we're all rich: (1 BTC = 18000$)
What do you think?

The metric term Myria is a still used officially though uncommonly. It is 10 thousand.

Based on this NASDAQ article calling for something between Millibit and Microbit, I present Myribit.
http://en.wikipedia.org/wiki/Myriad#East_Asia
.01=Bitcent (100th) Cent .001=mBTC (1000th) Millibit .0001= 万BTC (ten thousandth) Myribit .000001=μBTC (millionth) Microbit .00000001=sBTC? (100 millionth) Satoshi
The original abbreviation symbol for Myria is an m with a overbar ....or since that is not in unicode, the Chinese language looks to have a better abbreviation. 万 is the simplified version of 萬 used to denote 10 thousand in China. Bitcoin is worldwide though mostly used in China, shouldn't it get a character?
A little more info on the abbreviation symbol: http://en.wiktionary.org/wiki/%E4%B8%87